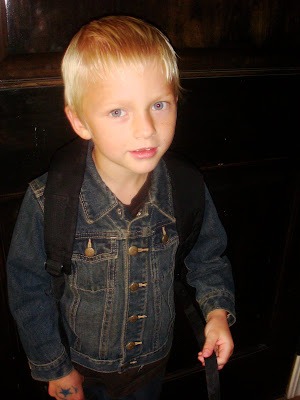 David Started kindergarten, he is in heaven being able to hang out with his friends all morning! The kids are going to a brand new school built just a few blocks away. 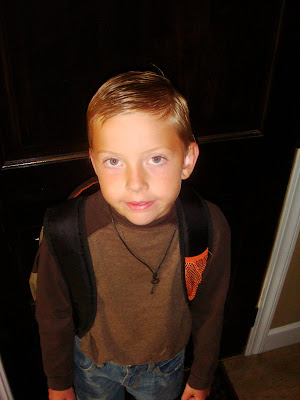 This year Wesley Started 2nd grade. He is one of 2 kids in his elementary that were selected to join a gifted program- he is looking forward to that.

The first day of school is always an emotional one for me. After I put my little guys on the bus, I walked back home quickly so that the other parents wouldn't see me getting teary-eyed. I know that they are so thrilled to be going to school, but I kept asking myself if I had done enough to prepare them for all of the stuff they would encounter in their new environment and hoped that they would be strong enough to choose right choices without any parental influences nearby; I'm sure that our Heavenly Parents felt the same way as they sent us off to this "school"of life. I know that I need to put all the care I can into making home a haven no matter what happens to them anywhere else.
Posted by Sara Jensen at 3:07 PM 5 comments: 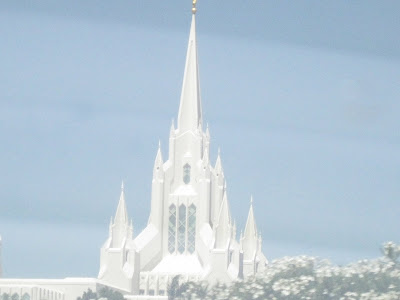 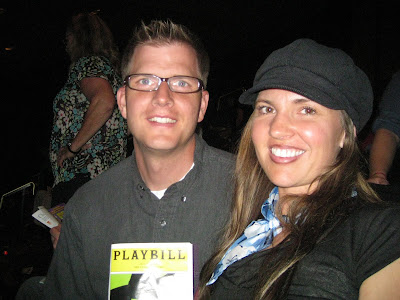 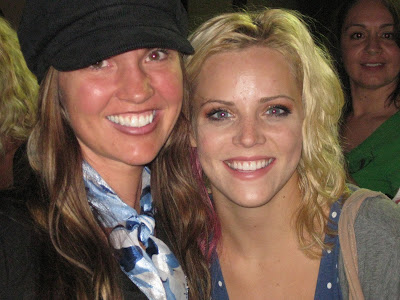 With "Glinda the good witch" from Wicked 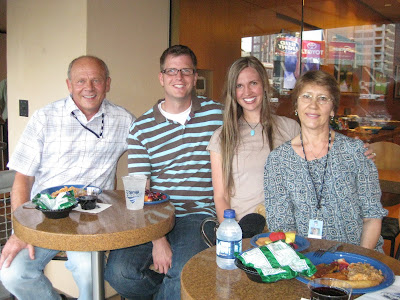 With Nina and Vladimir at the Padres game. They beat the Mets 8 to 3. 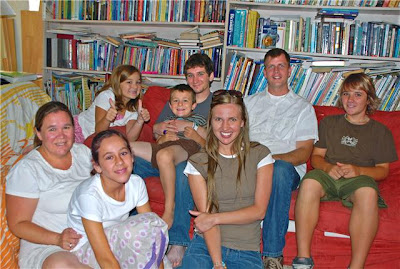 Visiting the Connell family
Posted by Sara Jensen at 9:18 AM 5 comments: 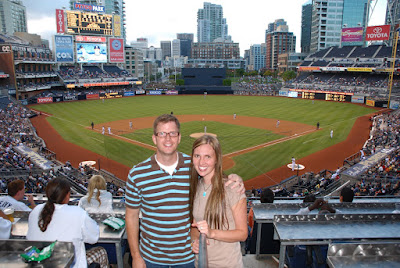 Derek and I are celebrating our 10-year anniversary in October. To celebrate we planned a trip to San Diego (where we lived for 4 years while going to graduate school) here are some highlights of our trip:
Wicked:We have been wanting to see wicked for a long time...it was worth the wait! the cast was awesome! The girl who played Elphaba had been young Cossett in the origional cast of Les Mes-she was great. After the show I met the actress who played Galinda, she was so sweet!
Padres game: Nina (a former student of mine and dear friend) and Vladimir took us to the Padres game with tickets to the owner's suite and to the dugout; we were feet away from home plate! Our only regret was that we had eaten dinner before we got there-they had SO much delicious food! After the game I got an autograph from Kuzmonoff (one of the locals' favorite players) and Vladimir gave Derek a ball signed by Tony Gwin (a beloved former Padre and hall of famer)!
Visiting old friends: We had so much fun visiting with Nina and her family and also seeing the Connell family some of our dear friends from the 13th ward.

We are so grateful to my sis Becky for staying at home with our boys. We called her so often wondering how they were doing. After a wonderful week we have realized that although it's so great to get away and relax, life for us would be so empty without our little guys that we missed all week long.
Posted by Sara Jensen at 12:19 PM 1 comment: