After much tribulation cometh the blessing 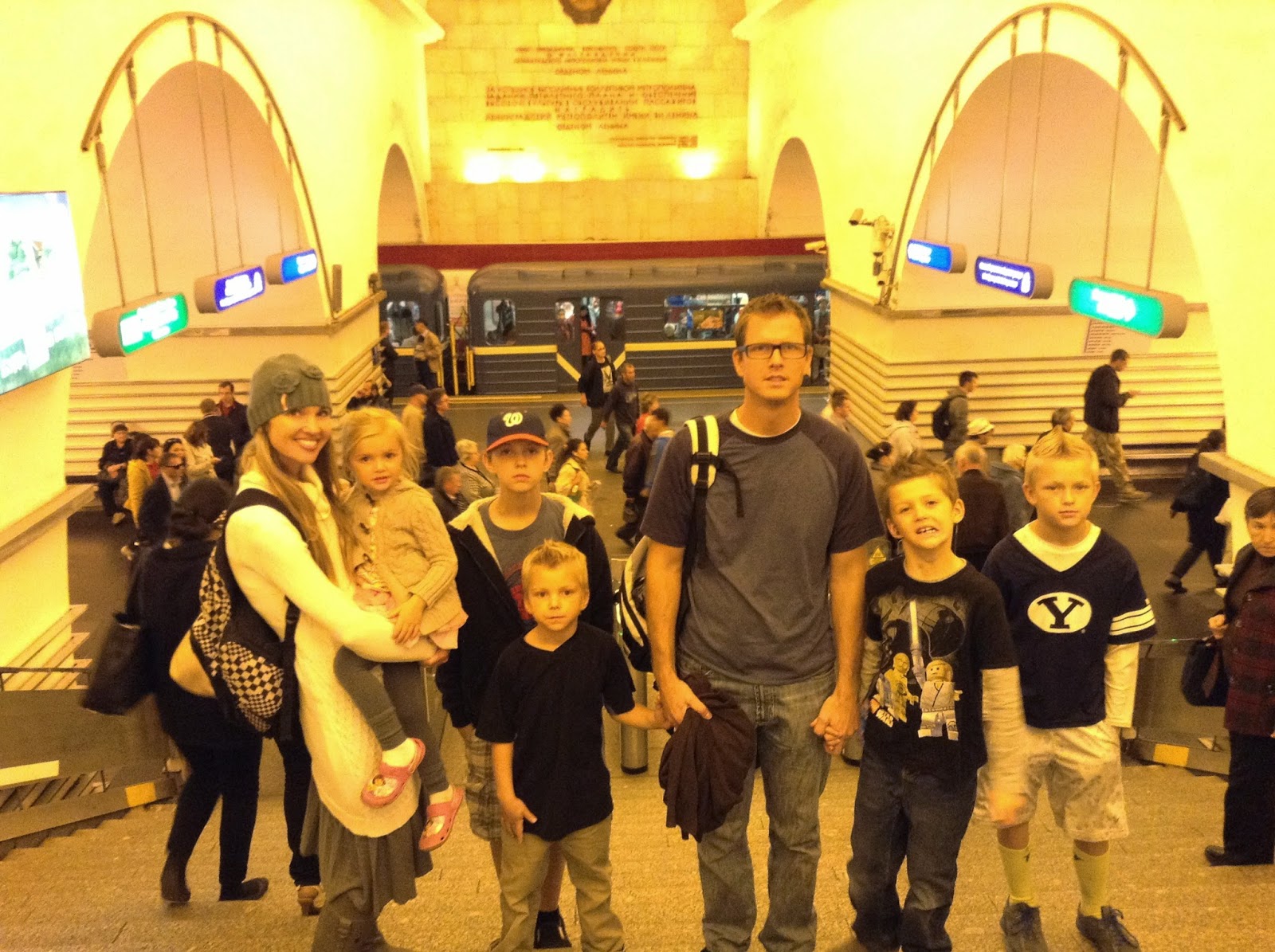 Have you ever given your child a promise that something good would happen to them if they chose to do something that was hard and then prayed really hard that something good really would happen?  As a child I always imagined that my parents knew everything and made all the right choices.  Now that I am a parent I understand that parents are on their own journey; trying to be the best example for their children while finding the strength to face and overcome their own challenges. 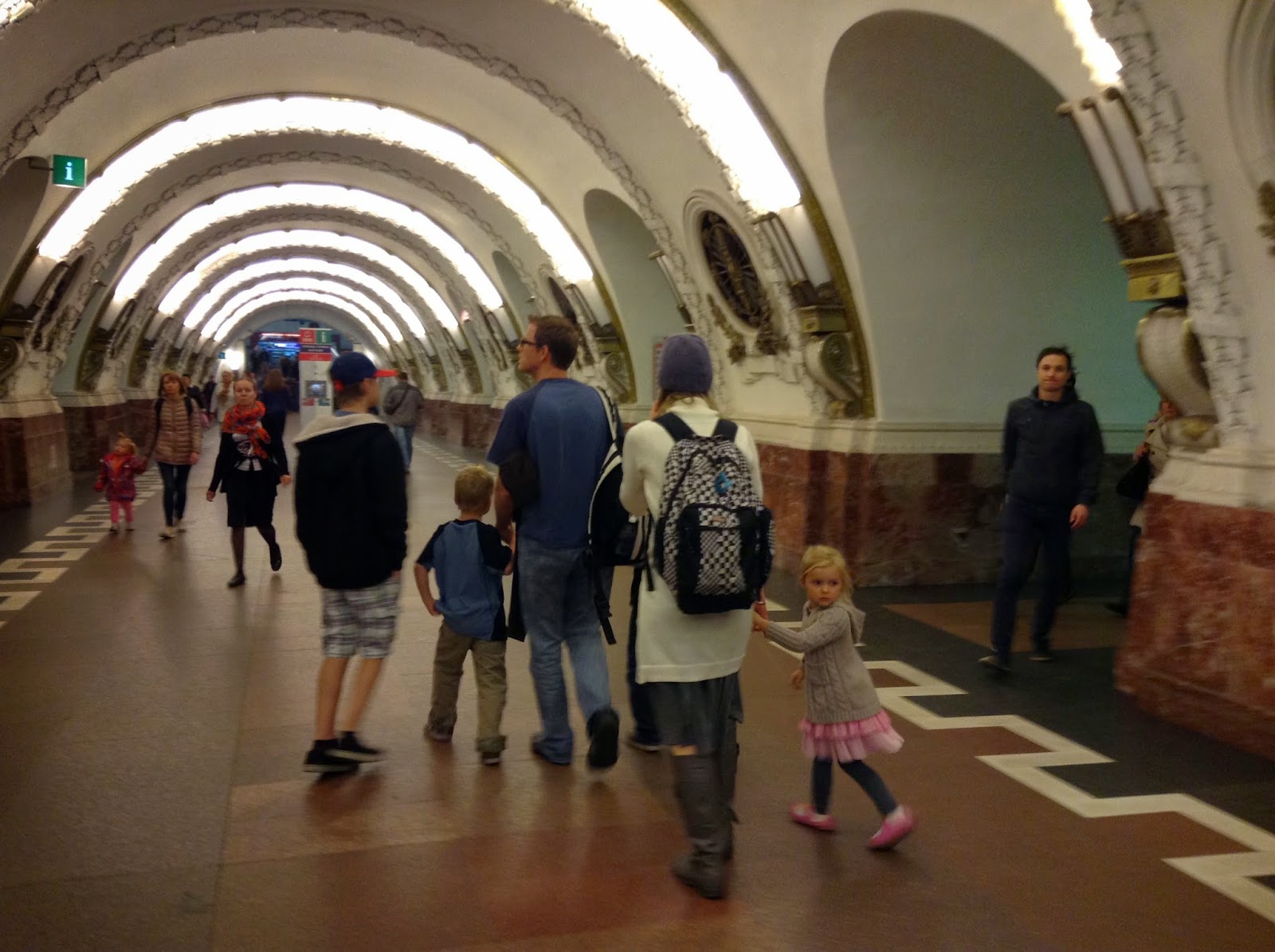 In Saint Petersburg I always looked forward to Tuesdays because Tuesdays were missionary days. We would make the long journey to the church which was a 1.5- mile scooter ride to the metro, then 30+ minute metro ride changing from the red line to the orange line, and another mile on the scooter to finally get to the church building. Since it was such an effort getting there and back we generally spent the whole day there.  I taught the missionaries Russian grammar classes while my kids ran around the gym in the church and got their wiggles out (remember our grumpy neighbor who didn’t want us to make noise while in the apartment?  We did our best but it was basically impossible with 4 wiggly little people sleeping in one room so this time each week was important for them as well). 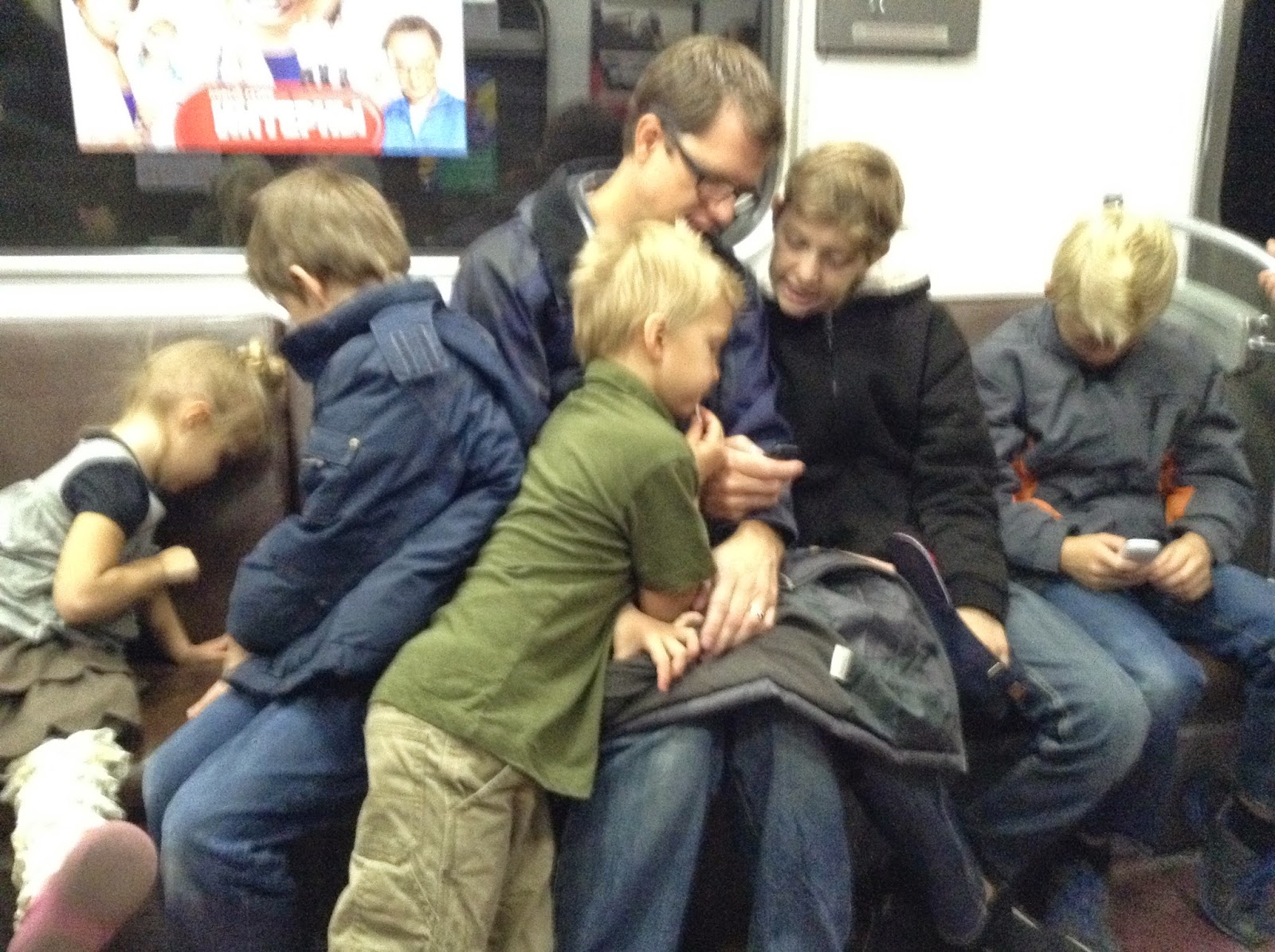 On this particular Tuesday, I had gotten word that there were some brethren from Salt Lake that would be doing some training with the missionaries so we changed the lesson time to accommodate their arrival.  I also asked Chrissy to stay at home with the kids so that we wouldn’t disrupt the training but I thought it would be special to invite the older boys to join me in hopes that they would be able to meet with the leaders from Salt Lake. David was interested so I told him to wear nice Sunday clothes just in case we were able to meet the brethren. 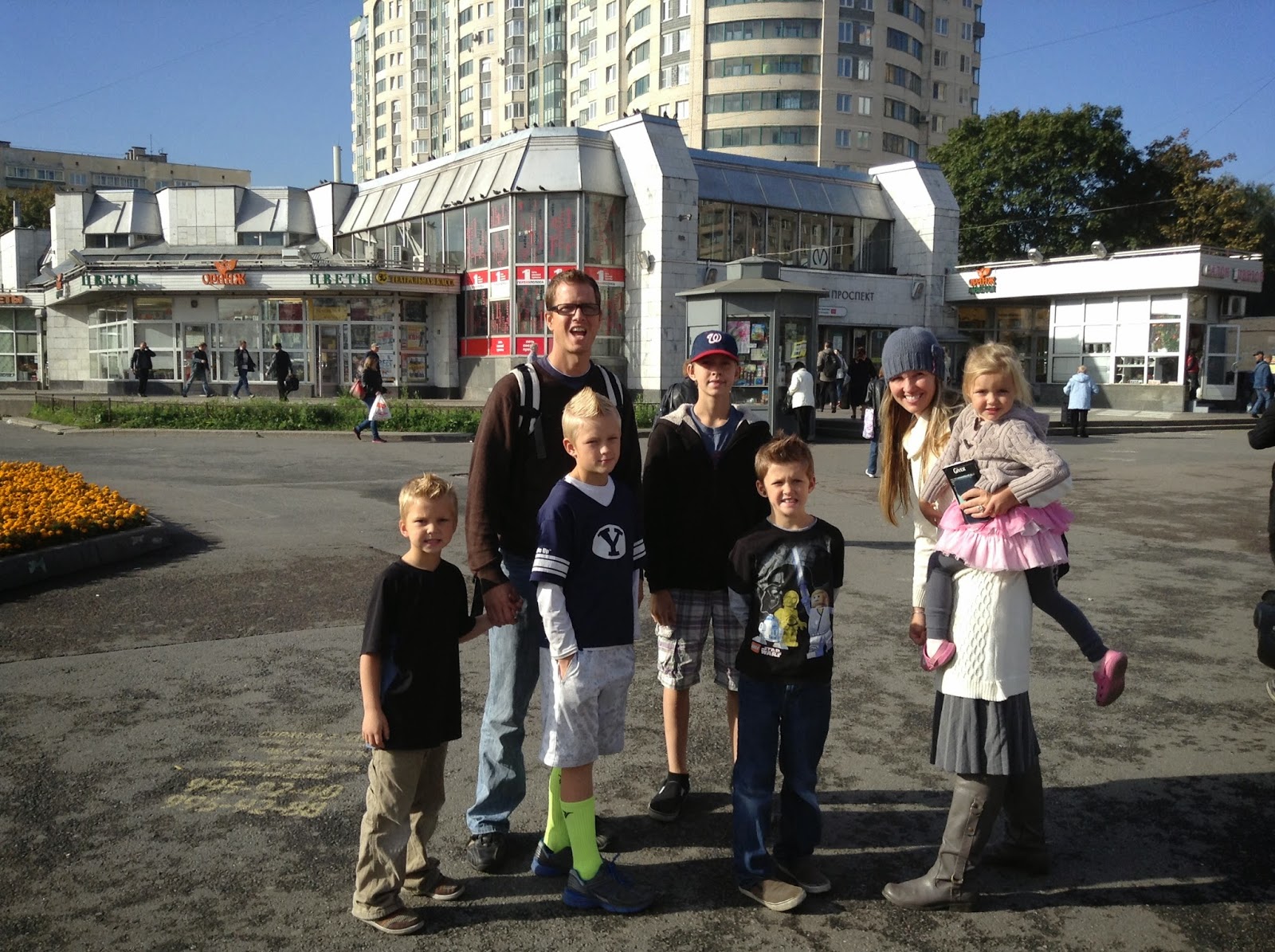 That day the water source for our whole building had been shut off so we did our best to look presentable without running water. We started off on our scooters through the dirty, wet rainy streets.  I always like to leave very early because you never know what may happen on the way but that day we had gotten a later start than usual.  I had brought David a pair of gloves knitted by a very dear woman which were completely irreplaceable and very special to me.  When I realized that the gloves had fallen out of my pocket we retraced our path all the way back to our apartment building.  We didn’t find the mittens and David became discouraged.  “Mom, we are going to be late, we lost your special gloves and  I went through a mud puddle that put mud all up the side of my pants.  Let’s just go home and forget about it!” 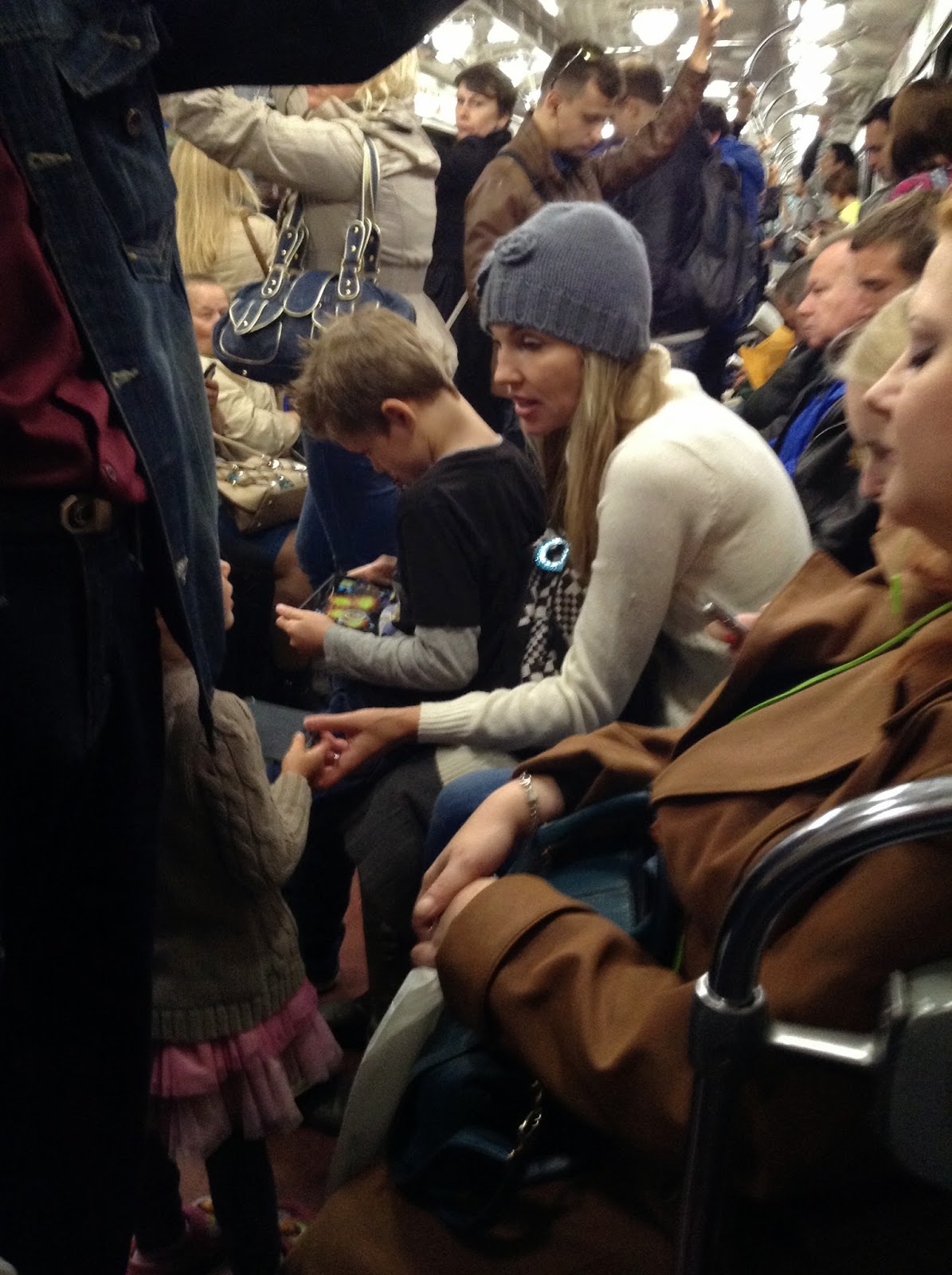 I recognized a great teaching moment!  Life in Russia was anything but convenient and I understood the frustration that David was feeling but I also knew that most experiences that are worth anything take effort.  I told David that the missionaries were counting on us and that when we want to give up that’s the moment when we have to work harder to make things work.  He bravely agreed to keep going despite our setbacks.  I was so proud of him and wanted so much for him to know that his efforts were known by God.  I knew it would be a great day if we could just get to the church building.

When we got to our metro station David was surprised to find a metro token on the ground.  To really appreciate what this means you have to know that we are a family of coin collectors.  We collect coins everywhere we go.  We have been known to reach awkwardly under a dirty bench while people are still sitting on it in order to retrieve a kopek worth far less than a penny.  To find a coin that actually had value was a bonus.  Finding the metro token on the ground that day to me was pure evidence to David that God was aware of his maturing testimony and his desire to do good and to preserver despite the setbacks we had encountered that morning.  I told David to keep the token and never use it so he would always remember that moment. 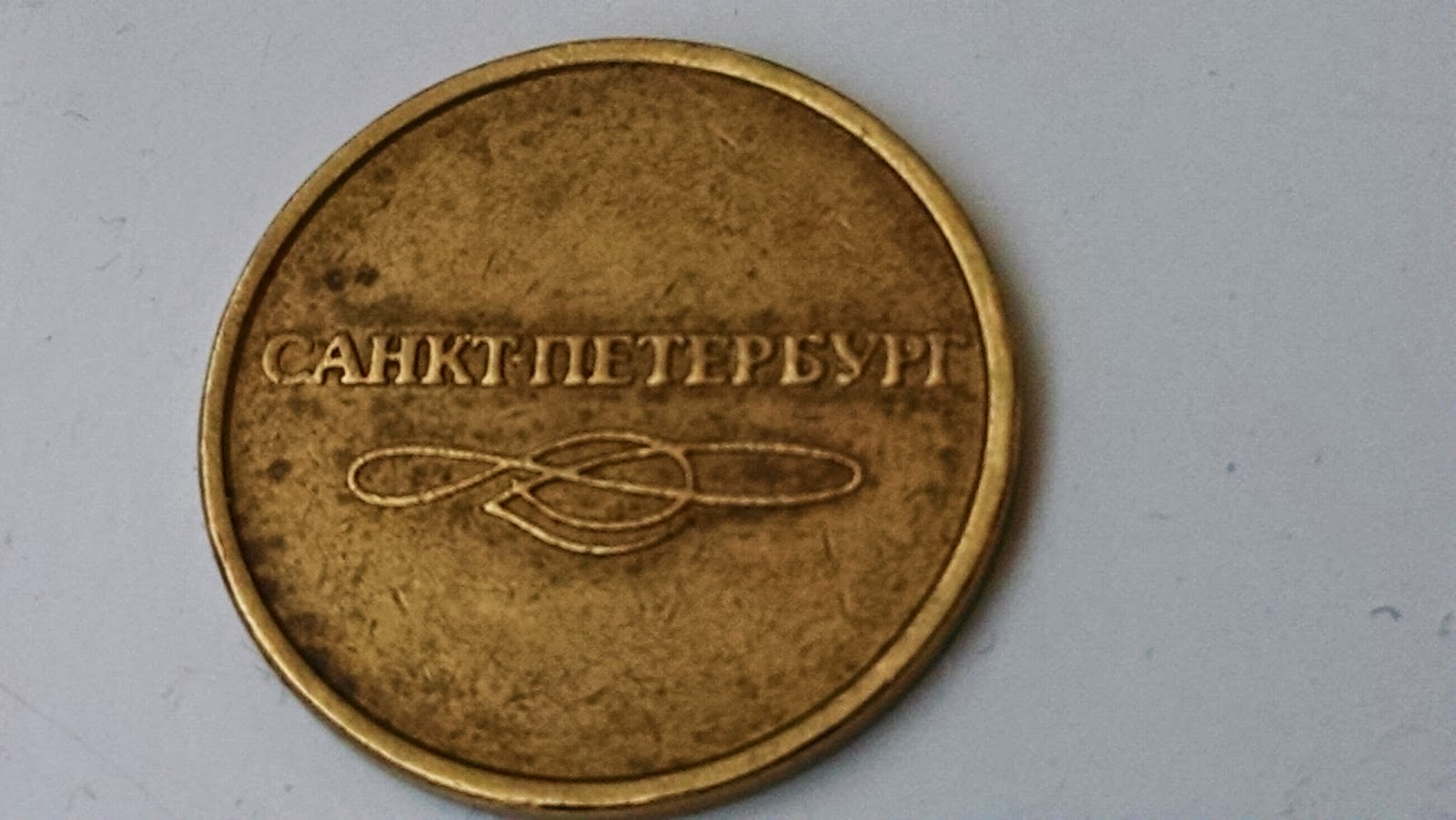 After our Russian lesson with the missionaries we decided to wait near the elevator to see if we could greet Elder Randy L Ridd and Jorg Klebengat on their way to the conference where the missioanries eagerly waited for their training.  I didn’t want to be annoying, but I really did want David to be able to shake hands with these amazing men.  When the elevator doors opened, we quietly approached the group.  President Childs introduced me to Elders Klebengat and Ridd along with his beautiful wife. I explained to them that David got dressed up and came on the journey with me to the church in order to meet them. 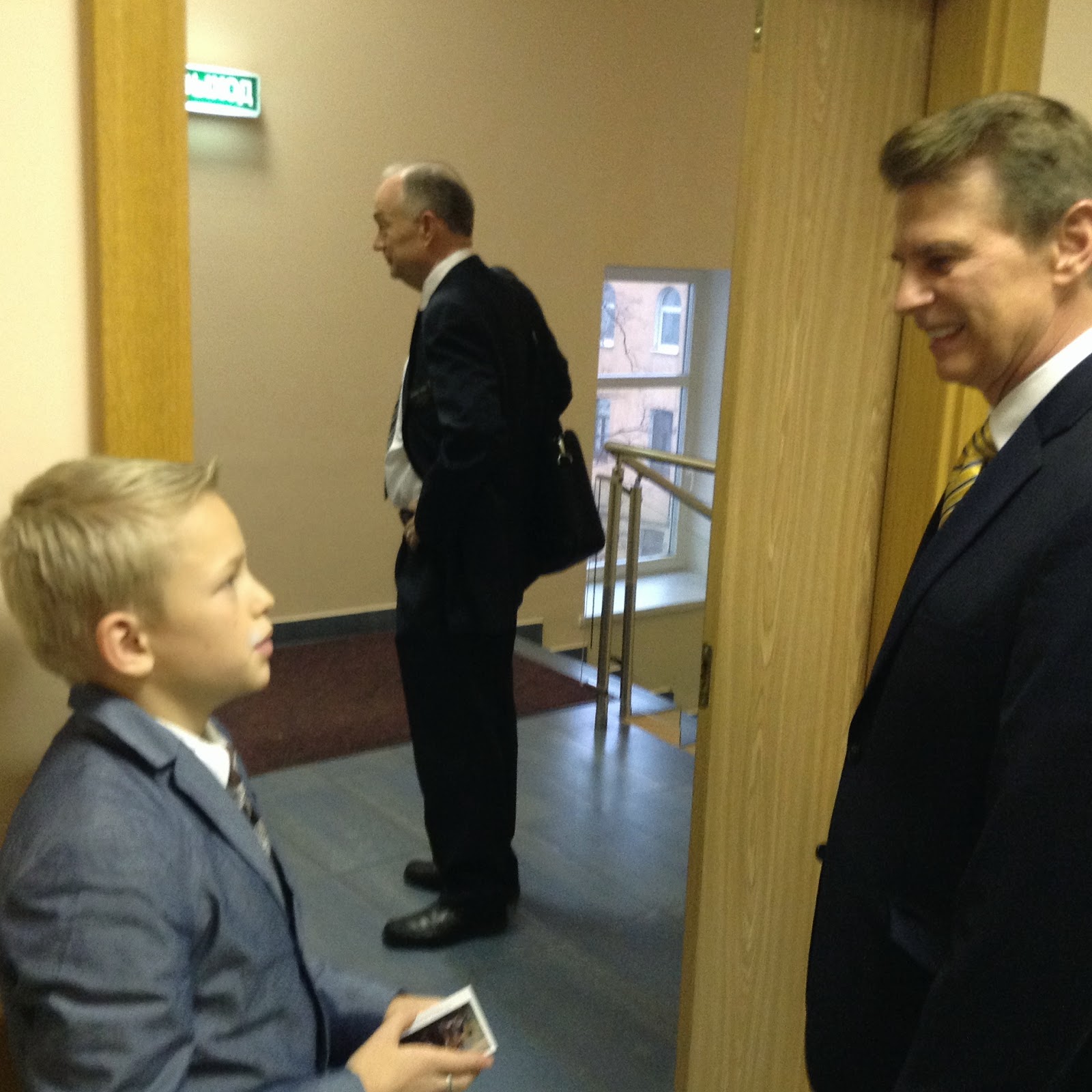 They were more than kind to David lovingly asking him about himself and taking time to care for the one.  Elder Ridd asked David about is mission fund and David reported that he was saving 40% of his earnings toward his mission.  Elder Ridd then reached into his coat and pulled out a card with a dollar coin on it and told him to save it for his mission!  Another coin! 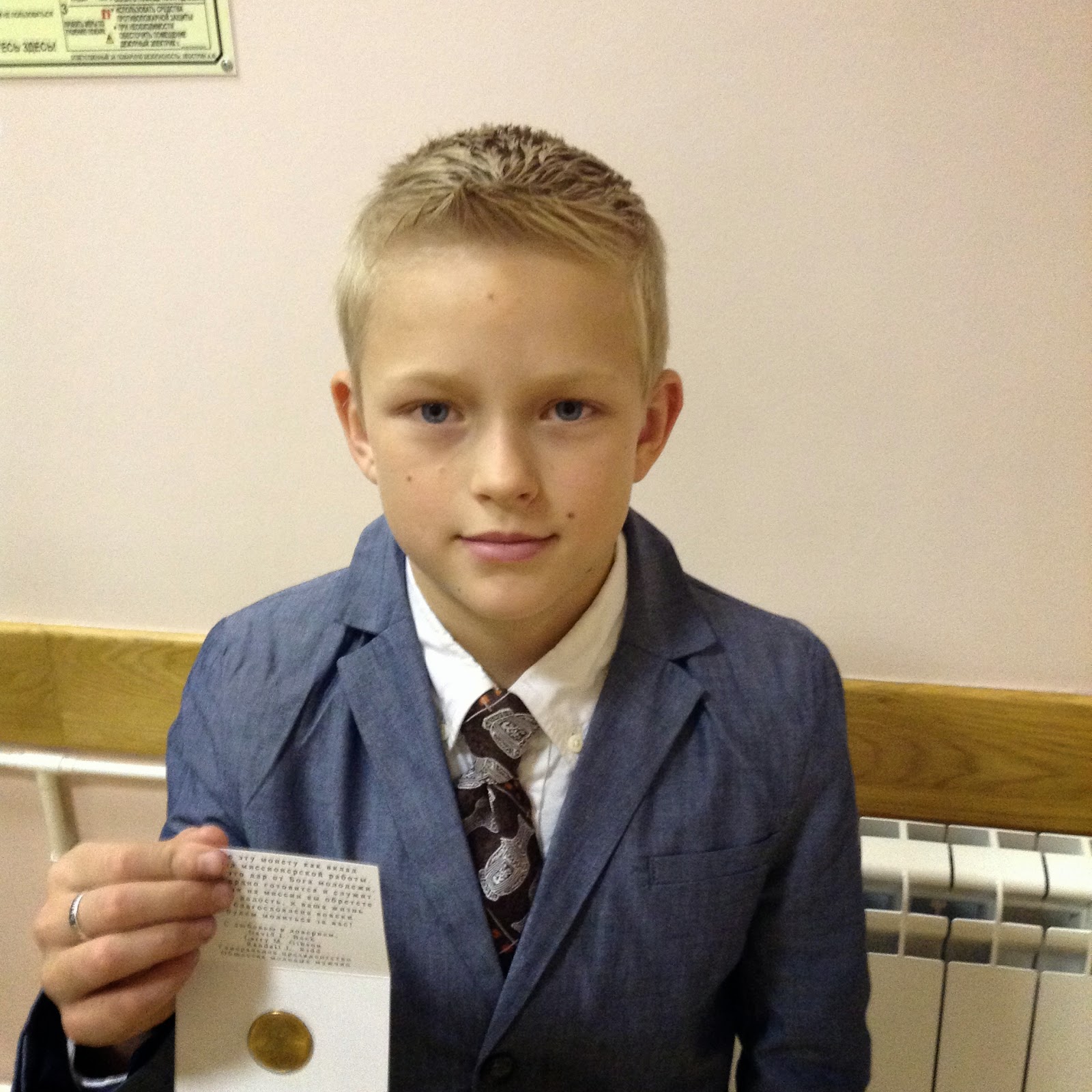 And another testimony that God loves David! Then Sister Ridd gave David a Russian CTR ring of his very own.  I was able to tell Elder Klebengat  how much we enjoyed his talk in conference just a few weeks earlier (it was SUCH and inspiration!) He then invited David to attend the missionary meeting. Fortunately he was dressed appropriately (I had wiped the mud off of his pants and it wans’t even visable) so we were able to go and join the missionaries in the chapel.  At the beginning of the meeting Elder Kebengat called David to the front of the meeting and told the missionaries that David was his special guest!  He asked David questions about what he was doing to prepare for his mission. 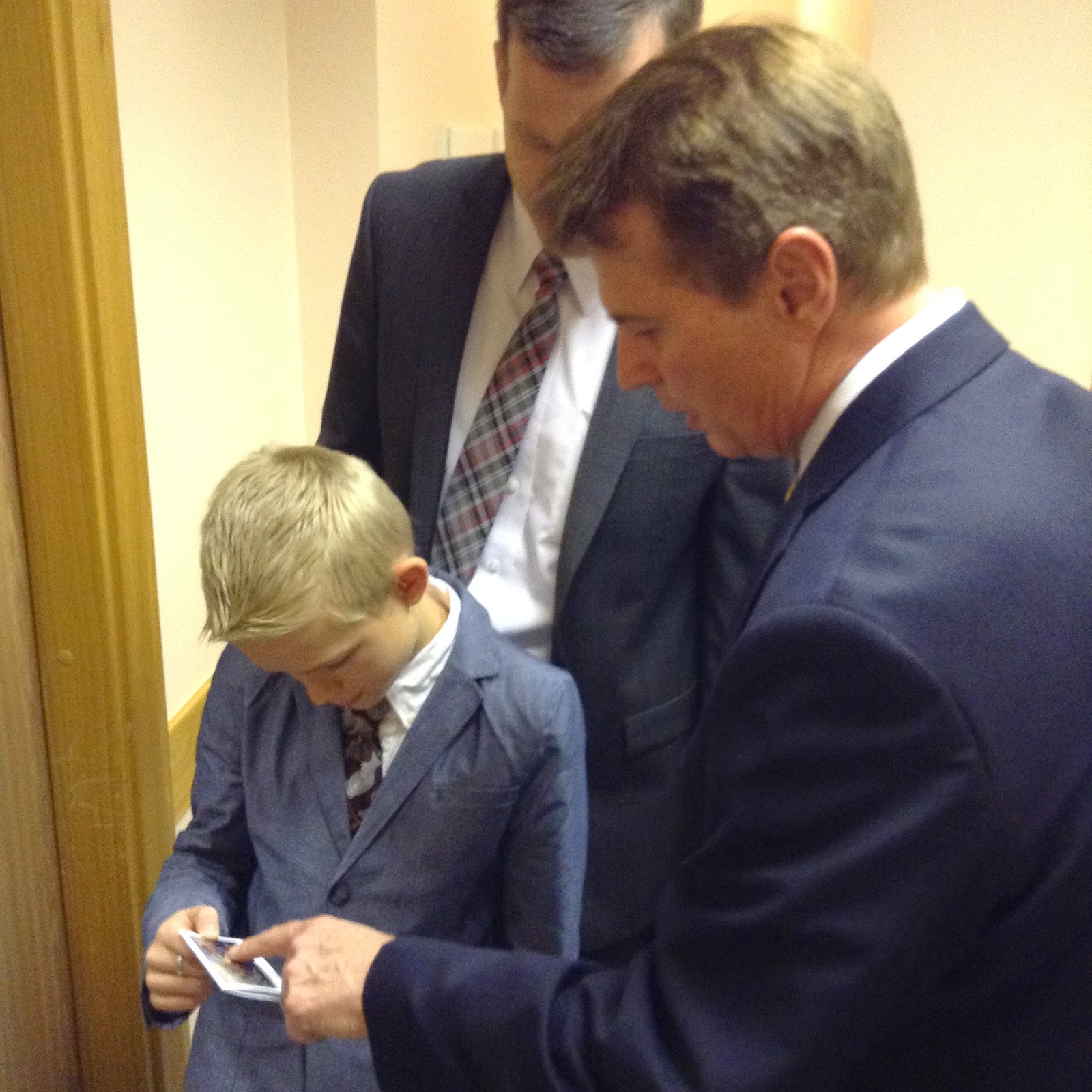 Here was my 10-year old son standing in front of a room full of missionaries as the special guest of a very special man called of God to do His work and to love His children, every one of them.  Although those men had been given the charge to go to Saint Petersburg to train missionaries, the spirit whispered to them that there was a future missionary that needed to be strengthened that day as well.  A future missionary and his mom, who had made a promise that all would be well if he would just do his best and trust. 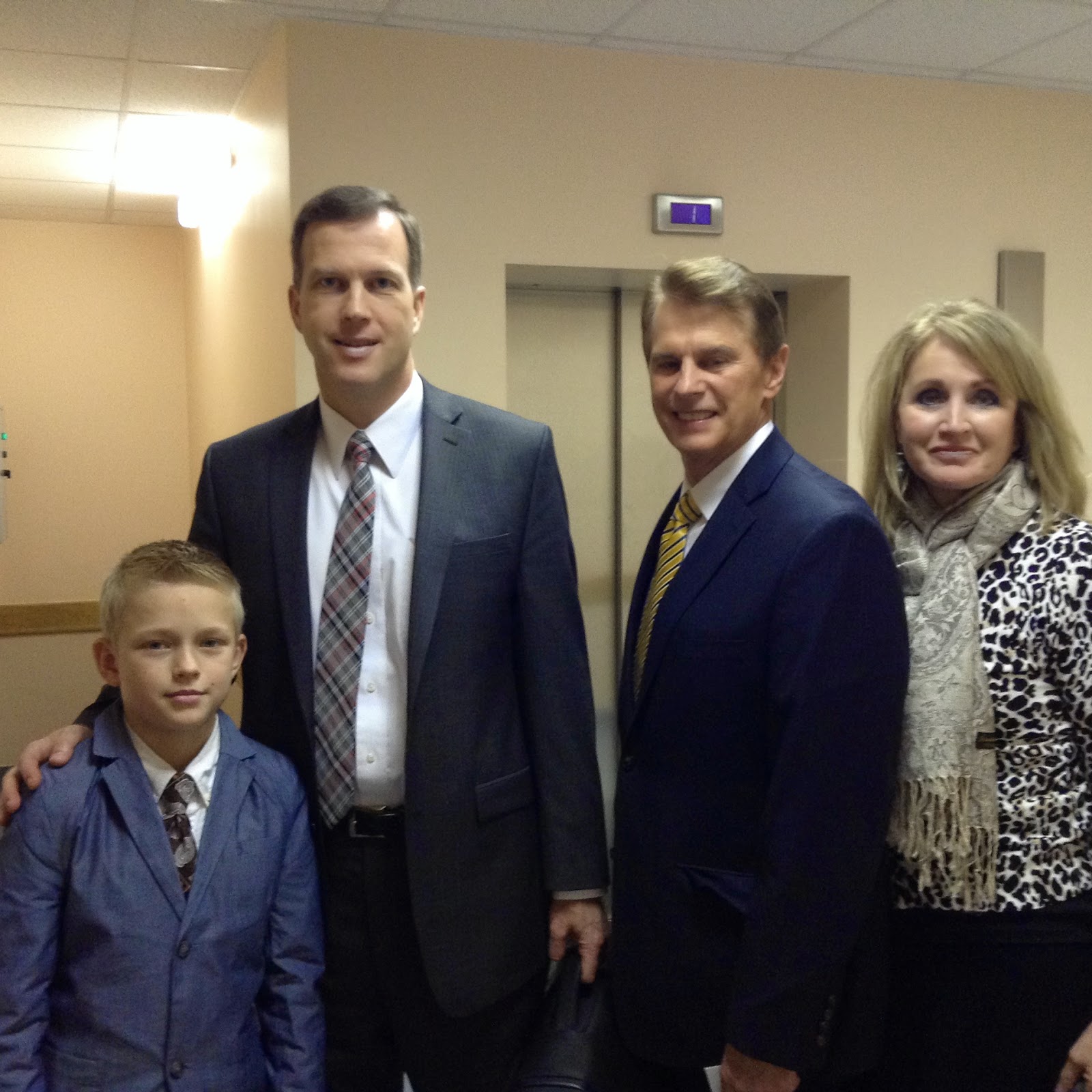 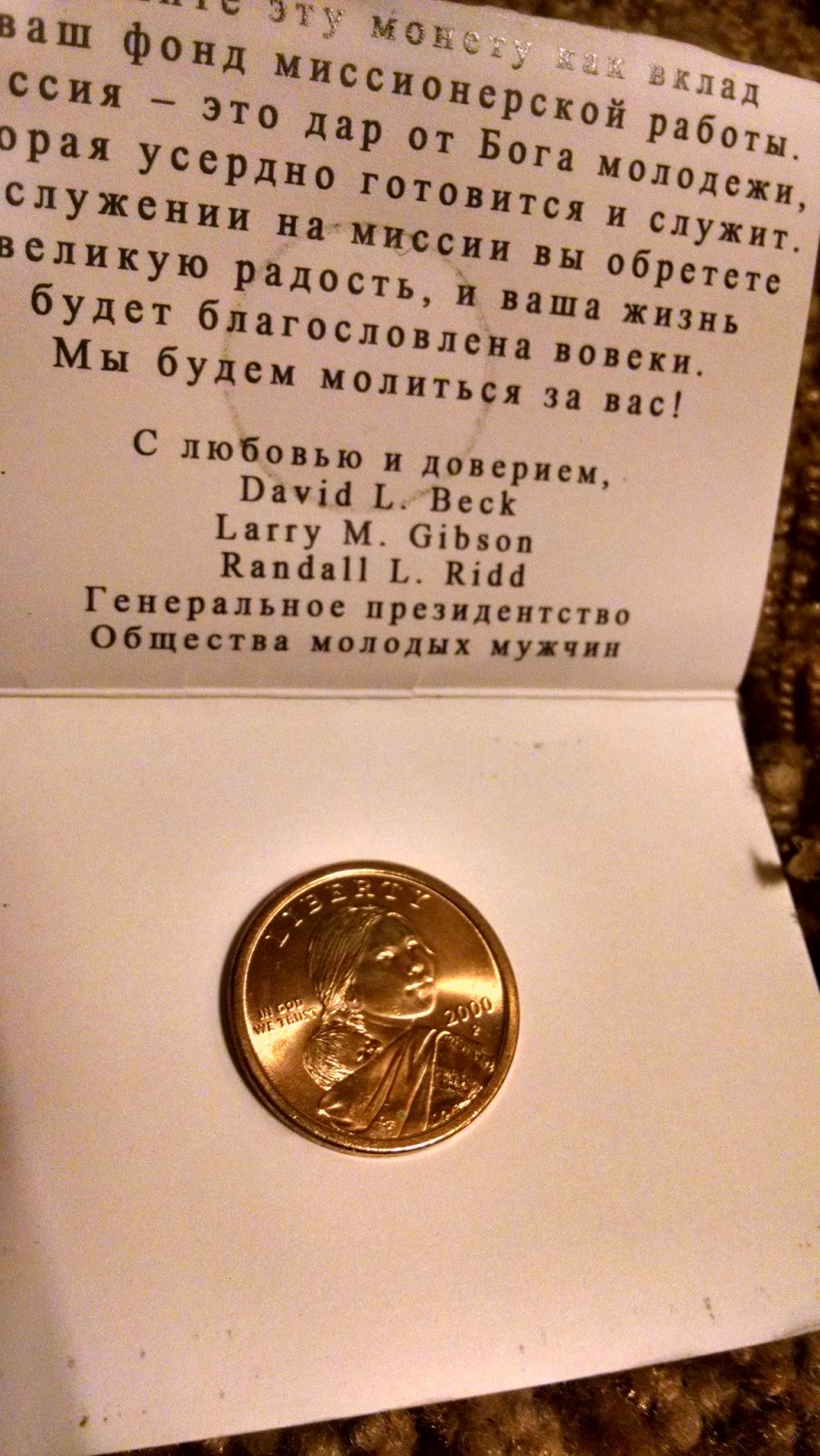